Planning permission to erect new floodlights at Mosset Park was granted last year but now the real work starts with a huge fundraising effort needed so we are pleased to announce the launch of our Floodlights Fundraising Appeal.

The Club is currently applying for grants and have some great events lined up - more info to follow - in the meantime donations can be made via our JustGiving page, linked below.

The new Lotto is here. Play online from anywhere for your chance to win £1000 every week. Help the club raise much needed funds and support other good causes around town. 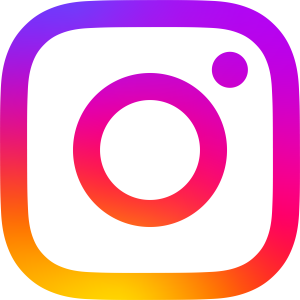 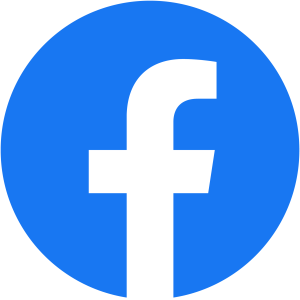 The next “The Men Who” session will be tomorrow at 7pm.

This gives all men a safe place to talk about their mental wellbeing - we encourage people to get in touch and reach out for support.

Thank you and the staff for the effort on Saturday. It was a great day and my entire team enjoyed and have said we must repeat in the day into the future. I can’t remember having such fun and our production Manager has hurt his ribs laughing so much. The food was great, company was fun, the football was a good game, and the day was an entire success. The staff members that did not get to go on Saturday have already signed up for the next we can attend as we told them the stories and sent them pictures of what I can only again describe as a brilliant event.

Everyone was so friendly, the food was great and we were well looked after, I would thoroughly recommend Hospitality at Forres Mechanics FC  as being great value for money with the Club providing a genuinely unique experience delivered with a friendly and personal touch.

Both Nicola and myself had a great weekend in Forres and it was such a lovely warm welcome we received from all at Forres Mechanics FC.
Your hospitality was 1st class and we look forward to our next visit.
We wish you all well with the rest of the season.
Tommy Boyle and Nicola Thomson

Another great day at Mosset Park for our annual get together taking in the superb hospitality that is on offer at FMFC and meeting up with many Ex and still operating Caterers, and a couple we've made honorary members. Met on arrival by our host, the new Chairman, Tosh, an ex player, who gave us a run down of the day's activities and the first of many hospitable drinks were served and shown to our table. Tosh, then completed a a brief chat of the club and how the club is rebuilding after last season's managerial merry-go-round. This was closely followed by an extremely delicious three course meal; stuffed chicken with tatties and veg, warm brownie with ice cream, with coffee to end. Quick and efficient service to the full house of attendees, ensuring all meals reach each table in the best possible delivery. Everyone mentioned how tasty the food was, thank you to Donny and his team, not an easy task to keep 9 caterers happy. Lisa and her team, Megan and Erin, worked tirelessly throughout, keeping everyone on our table well watered throughout the whole day, making sure that everyone received their fair share of beverages, ensuring that alcohol and non-alcohol drinks were offered as customers preferences altered. Extremely friendly and professional throughout, thank you. The manager appeared and explained not quite the formation for the day, but how he was transforming the team from last season, with young local and loanee talent. Fighting hard against the top teams and with a bit more luck and experience, will match any of them and make it hard for all top 6 teams to take the maximum numbers of points from FMFC. Mentioned that since the 5-0 win for the Cans at Nairn in early season, this would be a different game. The game certainly lived up to how the manager had described it, and the Cans twice threw away, a 2 goal advantage, to lose 4-3. Great game for the neutral, and eight of us, as one of the group lives in Nairn and went away with a big smug grin at full-time. One great comment on the Sunday was, what a great day, friendships rekindled, forget the result, the best result was, No Headache today, lol. Another amazing day, brilliantly hosted by all at FMFC, superb value for money, and we will be back. We all wish the Cans all the best for the remainder of the season. Thank you

Tony B and the TopCats

On Saturday 26th November we were in a group of eight family members celebrating the fiftieth birthday of one of our sons. The venue selected by 'The Birthday Boy' was Mosset Park. We read some of the reviews on your website and had comments from friends who had already experienced the Hospitality at the ground, everything was very positive and we were looking forward to it. On arrival it soon became clear to us why there have been so many complimentary comments. We were warmly greeted by the Chairman, shown to our table and offered pre-lunch drinks from the bar. The meal was excellent in terms of quality, quantity and efficiency of service. It was interesting and informative to hear the pre-match thoughts of the manager too. The service provided by Lisa, Megan and Erin was very efficient and friendly, my glass was seldom empty!. The match result was disappointing but that did not detract from what was a very enjoyable experience in a very pleasant setting. Our thanks to all those who made sure everything went smoothly.

The hospitality at Forres Mechanics FC is second to none! - it provides excellent value for money. Lisa and the girls provide first class service and the greeting from all of the Board members all greatly welcomed!. Will definitely be back.

“My day as a Forres Mechanics FC mascot by Crawford Smith, aged 59 and a half. Having just retired from working for Forestry and Land Scotland (previously Forestry Commission) on Friday, I travelled north to stay with friends in Inverness for a small retirement ‘do” and with every intention to travel ‘home’ the following day. Saturday started with a taxi ride from Inverness to Forres (thanks Scotrail) so already the day had started unusually. Chris Innes, my former Boss and Robert McKendrick (Inverness Computer Centre) had already informed me that we were “doing corporate’ and …. NO TRAINERS (ironically, if I’d know what was to follow, they’d have come in right handy) Now, I’ve been at Mosset Park many times, but never to corporate hospitality, so this was a whole new experience and one I was looking forward to immensely. On arrival we were greeted by ‘Tosh’ who escorted us up the the lounge and introduced us to the bar staff who assured us they would attend to our every need (they didn’t disappoint!) After a few drinks, we were served a great chicken dinner and then chocolate cake and Mieles ice cream, sumptuous, and it was about then that I was told I had ‘duties to perform’ but had no idea what that would be, and I thought, at best, I may be asked to award a Man of The Match or something. Tosh appeared around 2pm and asked ‘Does he know yet, has he any idea?’ Chris ‘No, not yet…' Tosh disappeared and returned with a coat hanger adorned with the famous Chocolate and Gold and handed it to me, still none the wiser I looked at him ‘what’s this for?’ I enquired, Tosh said ‘You’re todays mascot, you’re leading the team out, it’s a special day, it’s Knighty’s 500th game’. I couldn’t believe it… in fact I thought I was going to be sick (absolutely no offence to the caterers!) Tosh ‘You don’t have to wear it all, you can just put the top on’ quickly followed by him, and everyone else saying ‘C.mon… you’re only here once!’. Ever since I was a wee boy, all I ever wanted to do was play for Forres, now while that ship may have sailed, here was a once in a lifetime chance to be ON THE PARK (legally) for the Can-Cans, even if just for a few minutes. I decided, despite wishing I was 2 stones lighter, I’d do it (lockdown ain’t been kind!) I was taken down and invited into the dressing room, I stood in the corner and listened intently to everything Stevie MacDonald said, despite being 6ft 4” I just stood in the corner like a wee boy, spellbound. One the guard of honour was formed for Big Stuart, I walked out with the captain, Martin Groat. My heart was beating so fast I thought it would burst, and then Big Stuart made his entrance rightfully took a bow. I returned to the lounge changing into a much more becoming outfit and savoured a marvellous 3-0 win, and a clean sheet for the big fella, Finally, after all these years, I made it on to the hallowed turf, kitted out too. Now I’ve been away from Forres a long time and I follow Hearts, I’ve seen them beat Hibs 4-0 in a Scottish Cup semi and then of course 5-1 in the final itself, but this… THIS possibly eclipses even those games. I’d like to thank everyone connected with Forres for making Saturday such a memorable day and my old school pals Ross and Iain MacLennan for being there too to help me enjoy my moment and my friends Chris, Robert and Stuart Milton, even if they did feed Tosh and Co a line about me being a H1b5 fan and enjoying cocktails, nothing could take the shine of Saturday…”

It was a fantastic day. What a laugh we had. Really impressed with the changes inside the stand from the last time I was there. Please pass on our thanks to the gorgeous Lisa and her daughter who looked after us so well. What a fantastic day we had....just what the Highland League is all about. I had never met Kevin Walker before, I obviously knew him but we both said it was like we had always known each other and that was what the whole day was like. Highland League Hospitality you can not beat it....and only 12 more to do!!.

We had an absolutely wonderful time. Thank you so much! From being shown round the changing room, the board room and the hospitality provided by the officials and ladies looking after us behind the bar the whole day was fantastic. We left them a tip to say thanks and then of course The Mighty Cans done us proud on the pitch! Just lucky for us as well for it to be Stuart's 500th match! Truly wonderful day and please pass on our thanks to everyone. We will definitely be back and good luck for the rest of the season. See you soon ❤

We would like to thank Forres Mechanics for the hospitality we received on Saturday. The food, drinks and service were all excellent. It's great to be able to do something like this locally and at a good price too. Everyone thoroughly enjoyed their day - it also helped we were 3 nil up at half time!. Thanks again.

We all had a fantastic day with no complaints whatsoever. The entire staff who looked after us were fantastic. I don't think there is much more that could be done to improve things however, maybe as a minor suggestion, it would have been nice if we could have put a bet on before the game but I am not sure about the gambling rules. We will be back without doubt.